Get fresh music recommendations delivered to your inbox every Friday.

the reverse of reality 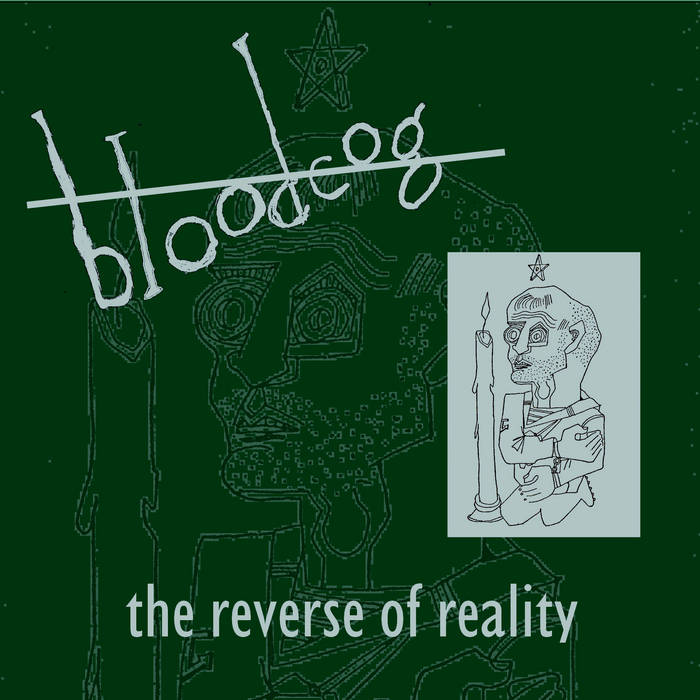 Before I received this CD, I was told "this might not be up my street" which is always a funny assumption I feel, as I am rarely shocked thanks to my obsession iwth Romanian experimental music during my early 20's.

Though this new album by bloodcog really gave a good stab at it.

Experimental music is often stuck in a difficult situation, how far can it go? Is it music? Is it not music? I often feel it is limiting in the way peope discuss and think about it.

Bloodcog, like most experimental music, is music of its time - a frantic exploration and overload of sounds and sensations that often emanate from the frantic hustle and bustle of teh day-to-day.

The skill and musicianship on display is remarkable and shows an in-depth understanding of what they are capable of.

The question is, where next for the ensemble?

Recorded in Liverpool earlier this year, Bloodcog’s The Reverse Of Reality combines jazz and experimental music to create a mind-bending set of tracks that are difficult to define.

Glitching, looped electronic sounds open the album on Sentence From A Dream, with fragments of recognisable instruments appearing then disappearing as the track progresses through indiscernible chaos. This opening salvo is, as you might expect, only the beginning.

The second track, Snatched By Angels, starts with a brief section of acoustic drum kit, but the sporadic rhythm is again distorted as bass intermittently surges in the background. A saxophone line is accompanied in unison by a sort of fuzzing, grating copy of itself, and the drum kit appears and disappears beneath the grinding electronics.

The onslaught of noise is maintained throughout, with the musicians using their instruments at times conventionally, and at others creating unusual sounds, alongside the extensive use of electronics. On Poetry Considered As Algebra, saxophonist Phil Hargreaves improvises, using a clean, dry tone, over a low and whirling soundscape that builds in energy.

Suspended From Elegance is a particularly interesting track, as Richard Harding’s acoustic guitar is given a muffled and woolly tone, setting the tone for Hargreaves’ sharp and heavily effected flute and drummer Richard Harrison’s fast percussion. Not all the tracks are so intense, however, with A Broken Celluloid Doll taking a saxophone melody through a spacious and haunting soundscape.

While not for everyone, Bloodcog’s use of sound is highly original. The Reverse Of Reality is released on Hargreaves’ own label, Whi Music, which offers experimental music, and is available on CD as well as on Bandcamp.

A strange platter arrived in the Nerve office the other day.

Track one, “Sentence from a dream”, sounds like John Zorn had decided to go into the studio with R2-D2 (YOU KNOW, THE STAR WARS ROBOT). It explodes everywhere, random stuff coming in and out of the speakers. Meanwhile in the background, we have some serious frenetic activity from the drum department, and various guitar shapes played at indiscriminate angles in what could only be described as a form of musical cubism.

The sax which remains interesting throughout, comes courtesy of Phil Harding. Sounding at times like Eric Dolphy and Ornette Colman. There seems to be a bit of a battle going on between the various musicians on the album, whether this is intentional or not I don’t know.

This frenetic activity continues throughout the CD. Not for the faint-hearted then, as we are treated to various audio assaults on our senses.

To be honest it’s a bit like Trout Mask Replica, the avant garde album released in the Sixties by Captain Beefheart, in the fact that it’s all too much to take in one go. But I can assure you the aural assault does lessen slightly, on some tracks such as “A broken celluloid doll” (try saying that with a heavy scouse accent ) this could be described as film noir soundtrack, complete with forties sax over a slush of sounds nice, also “Circuit of swallows”, another less frenetic track.

So then the more you listen to this CD “The Reverse of Reality”, the different aspects become more apparent. It would be interesting to hear the tracks in a live context. I’m sure Bloodclog has something up their sleeves in the coming months.

Bandcamp Daily  your guide to the world of Bandcamp

The Hammer and The Relentless from the Boston band Malleus stop by for a chat.